This year, our working dog ambassador Mick Hudson participated at the National Sheep Dog Trial Championships held in Canberra, Australia. The Championships, in its 76th year, is Australia’s longest running and most prestigious sheep dog trial, with over 50 top handlers and 200 dogs from every state. The competition looks to promote the wide human interest in all classes of sheep dogs and to secure proper appreciation and recognition of their place and use in human society and industry. It aims for the general improvement of the standard, breeding, working and exhibition of sheepdogs. Running over the course of a week in March, handlers and their dogs are judged in a series of trials on how effectively they can herd sheep through gates and enclosures on a field, just as working sheepdogs do across Australia’s sheep stations.

We’re thrilled to announce that Mick Hudson was declared both the Winner of the Champion of Champions (a competition between the 2018 National, current Supreme Australian, Commonwealth Champion and State Champions) and the Winner of the National Maiden at this year’s competition. It is a great honour to know that Hypro Premium Working Dog Food helps Mick’s dogs stay in top physical and mental condition to become champions. We would like to thank Mick for choosing Hypro Premium for his working dogs, and we hope to support him to another championship next year. 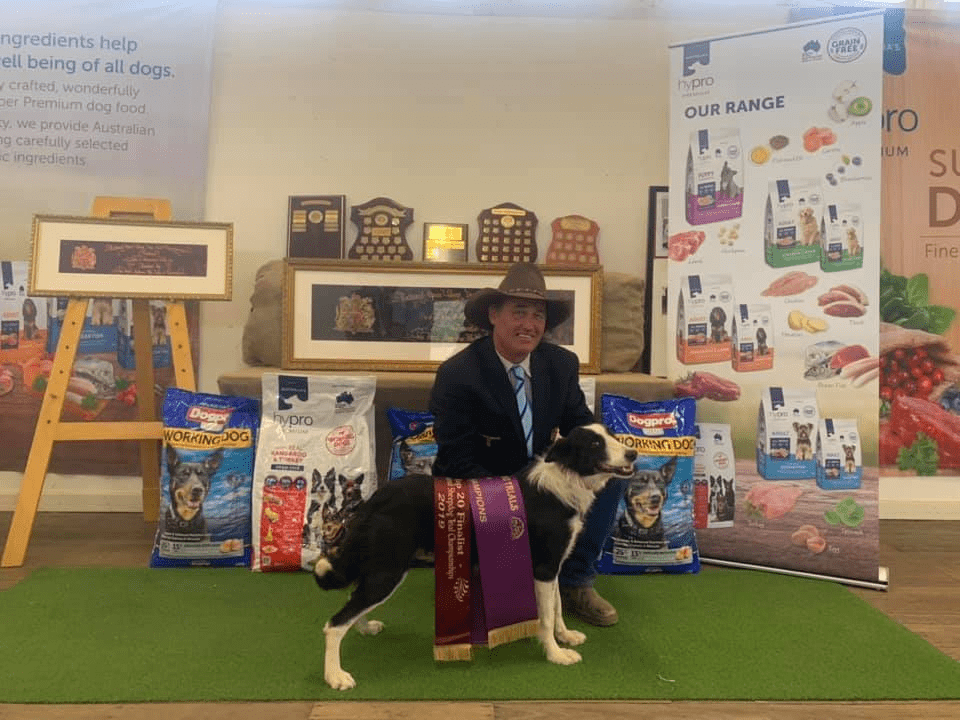 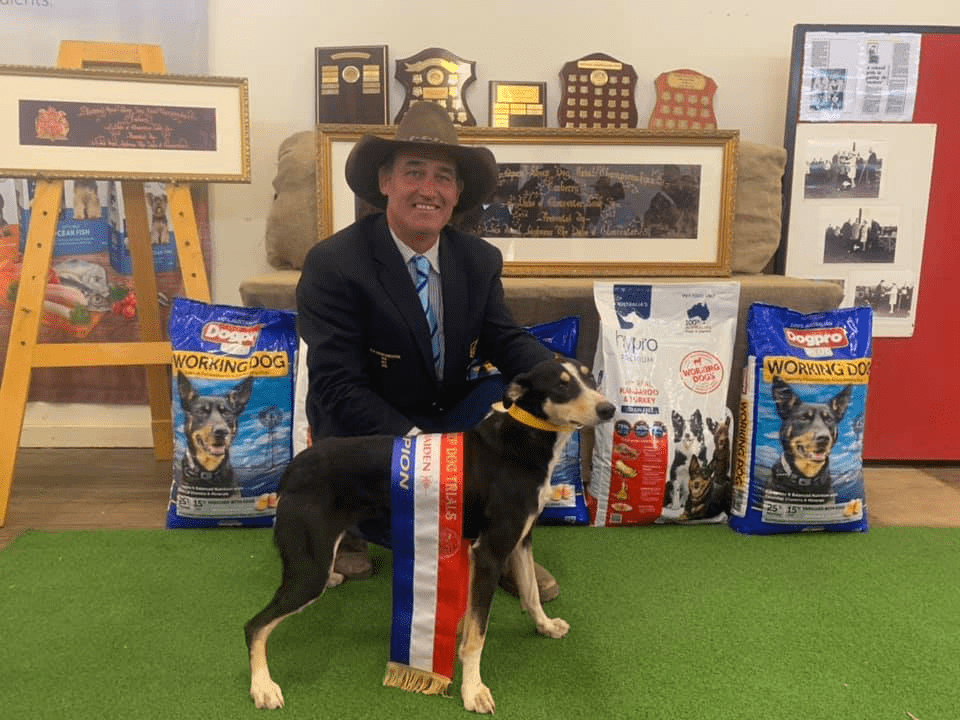 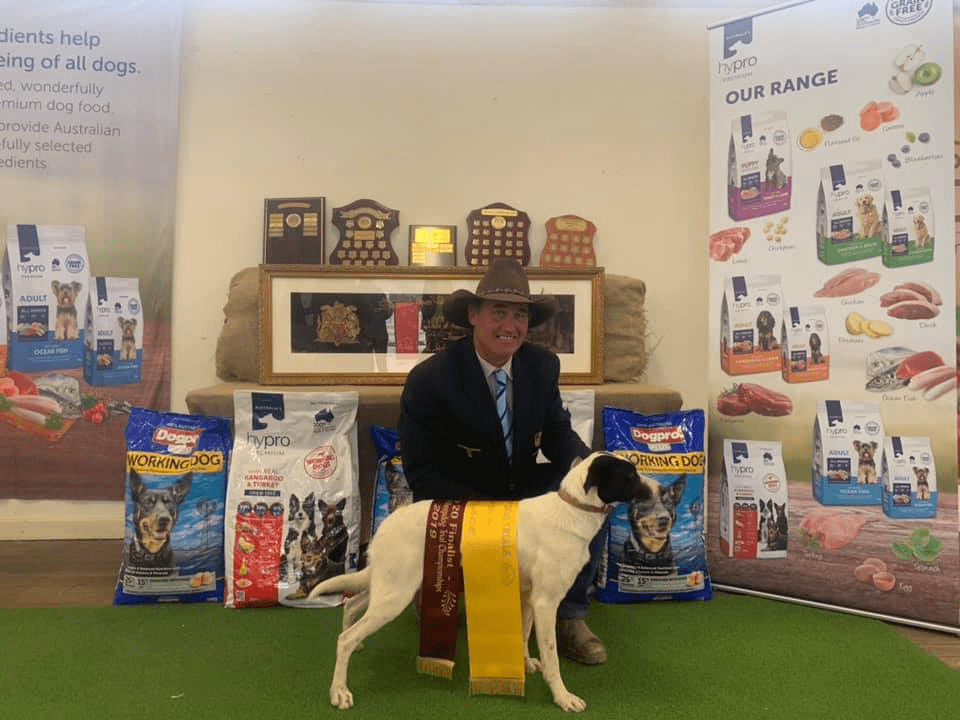